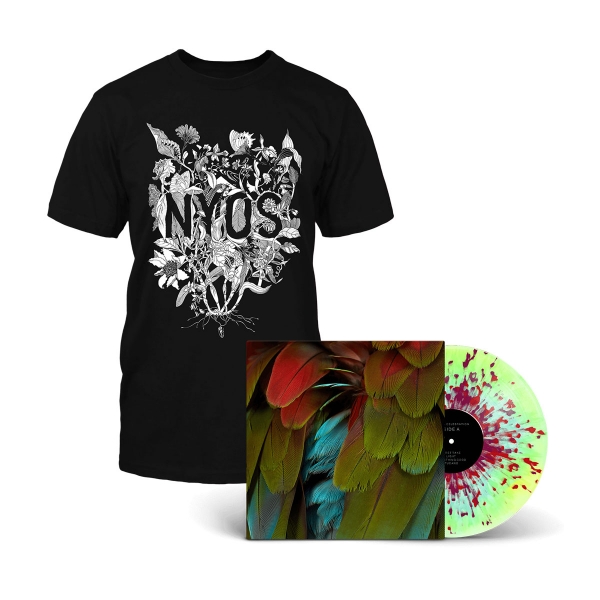 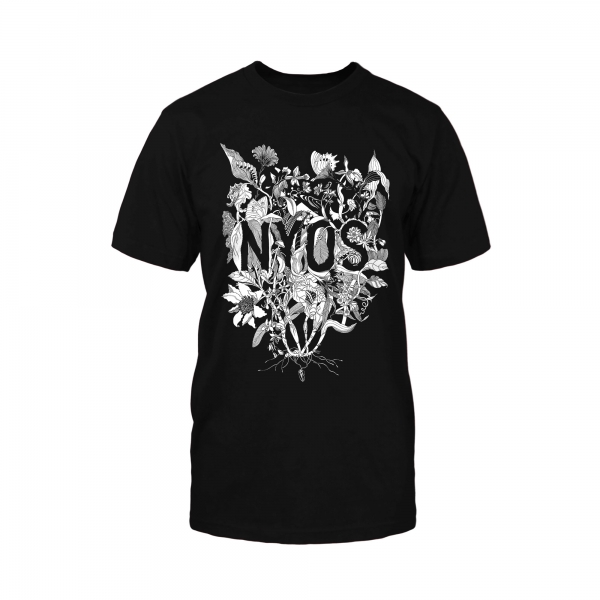 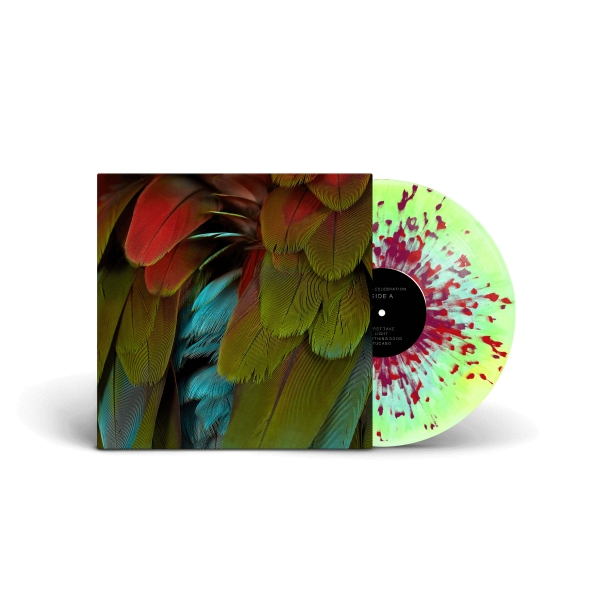 Finnish noise rock duo NYOS deliver a clairvoyant Celebration of the present, written at a time when that present was shimmering just like the feathers of the cover art courtesy of animal photographer Zac Herr. Combining the danceable grooves of Battles with Sonic Youth - infused noise bursts and the yearning electric melodies of And So I Watch You From Afar, Celebration is a defiantly joyful, loud, and festive affair. A promising cure for the drudgery of the times we live in.

Despite being named after a murderous lake in Cameroon, NYOS' sound has always oozed with vivacity and a sense of upward momentum. In 2012, guitarist Tom Brooke left behind his old hometown Leeds and moved from Britain to Finland in pursuit of his dream to build his own recording studio. There he met drummer Tuomas Kainulainen who had earned his spurs in the local punk scene. The connection was instant and magical, and in the first couple of practice sessions the duo wrote the incredible Vltava (2015), a 26-minute long six-part instrumental rock opus that already portrayed a lot of the characteristics of the duo's contemporary sound, a loop-driven blend of math, noise and post-rock. Ever since, the band has been touring and recording tirelessly, self-releasing three full-length albums and playing over 300 shows with acts like Zeal & Ardor, Esben & The Witch, and The Comet Is Coming.

Recorded by Brooke in his own Tonehaven Recording Studio, Celebration is the latest testament to the undeniable synergy these musicians have built over the past seven years. With the material largely written before the advent of corona, Celebration is a reflection of life before lockdown, filled to the brim with infectious grooves and glaring melodies. “We tried for something upbeat this time to contrast the times,” explains Tom Brooke about the recording process, which in turn did take place during pandemic life. “We always love it when people can move to our music, so a big focus for the record was to embrace the dance vibe and go for it.”

This collection of eight colourful, jarring tracks is rife with small nods to dance music throughout the world. Take a song like “Light” with its complex syncopated drum pattern that recalls the Amen Break so typical for drum and bass music, but listen closely and the song reveals an off-beat skank that flips over into experimental reggae territory. Similarly, a track like “Tucano” recalls the experimental IDM of Bristol-based producer Vessel, while “Gold Vulcan” offsets a gnarly gyrating guitar riff with Latin- American and oriental melodies.

The attention to detail on Celebration is phenomenal. The album contains some of the band’s most layered compositions to date, but it is also the first NYOS record to feature improvised live recordings, the aptly named “First Take” as well as the celestial “Cloudberry”. These musical sketches show two musicians at the apex of their connectedness. Every time that one of them appears to be taking a somewhat questionable turn, you'll find yourself carefully and respectfully readjusting your own interpretation of the song’s intention – and what NYOS are all about.

It all hearkens back to the upward momentum that brought these two musicians together. Tom’s life- changing decision to move abroad to follow his dream, building his own studio, self-producing all his records. He comments: “The whole concept of this band has always been to be free, to do what we feel like, but of course still be ambitious and try to play as well as we can, to make the most interesting music our ability allows and tour as many cool places as possible!”

Underpinned by their mutual quest for freedom, their restless energy and global outlook, NYOS' ingenious compositions give way to a sound that extends beyond the reach of their influences as well as the boundaries of their respective instruments. Celebration is not only a much needed diversion of the humdrum life in pandemic times, but also a literal celebration of the otherworldly synergy between two musicians. It is the product of two free spirits, youthful in their enthusiasm and dedicated to their instruments. A passionate exploration of rhythm and repetition.