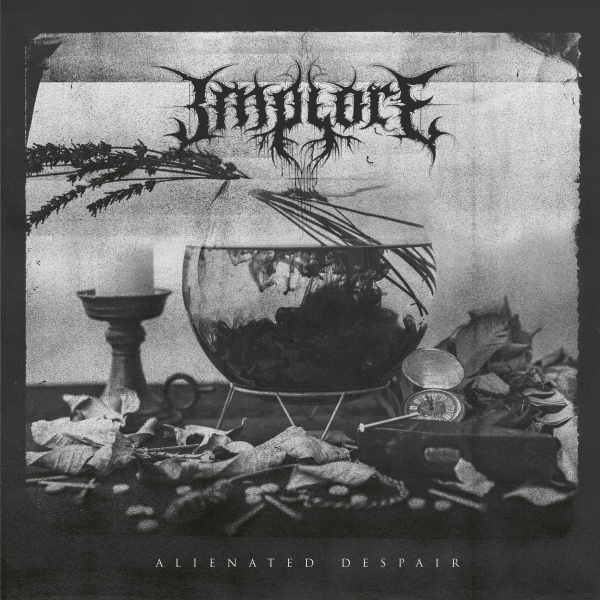 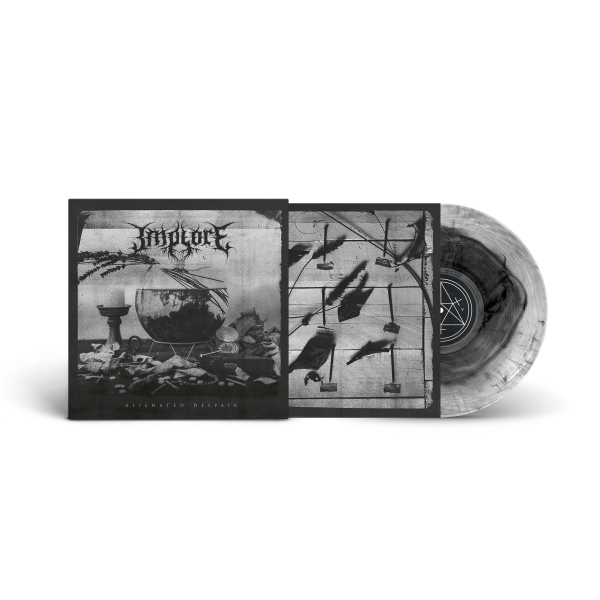 International grindcore-death-punk force IMPLORE have been around since 2013. They’ve put out two albums, “Depopulation” (2015) and their Century Media debut “Subjugate” (2017), as well as a number of singles and split releases. Just like its members are spread all across Europe, never really settling down anywhere, IMPLOREhave literally played hundreds of shows all over the globe, a good number of which they’ve booked themselves – always staying true to the DIY spirit inherent in the underground niches of extreme metal and hardcore punk, which goes hand in hand with their unapologetic political and socio-critical direction.

Germany-based frontman Gabriel Dubko states: “The lyrics are about the issues caused by modern society. Living life enslaved to a system and a low salary knowing that it’s not taking us anywhere and time is passing expecting or hoping things will get better one day, but everything’s just getting worse. This makes us anxious, dependent, drug addicts, fearful and lonesome.” And he adds: “Even though this is a socio-political topic as on the previous albums, this one is focused on a first person view, a ‘protagonist’ and makes it in a way more personal cause I gave more reflection from my thoughts and known philosophers. It’s about the effect on us, rather than about the perpetrator.”

After going through another line-up change before the recording sessions to their upcoming third studio album “Alienated Despair” IMPLOREare back even stronger and angrier than ever, not giving the listener any time to recover from the constant onslaught of heavy death metal riffage, grinding blasts, punkish d-beat attacks and inhuman breakdowns. Their raw energy and in-your-face attitude coupled with an incontestably skillful execution will appeal to both the die-hard fans of old school death metal and grindcore like Entombed, Carcass or Napalm Death as well as appreciators of contemporary extreme metal bands with ties to the hardcore scene like Converge, Trap Them or Full Of Hell. “This album was written pretty much the same way as ‘Subjugate’,” Gabriel explains, “all in a period of time working our asses off and putting ideas together. This time was a bit more fluent and relaxed maybe, cause we had more experience and we knew each other better. Also the addition of Carol on bass and me only on vocals gave a wider palette to work different metrics and tempos. He did a lot of song writing and for the first time ever someone else contributed to the lyrics, and gave a new approach to the writing. So, there’s a blatant upgrade from the previous works.”

Songs like the first single “All Consuming Filth” demonstrate how IMPLORE have put extra dedication into more varied songwriting without losing their aim to destroy, upping the violence while at the same time incorporating an undeniably catchy chorus. Another pretty straight forward and by IMPLORE standards moderately paced single, “Never Again”, features none other than Tomas “Tompa” Lindberg of AT THE GATES and DISFEAR on guest vocals. And “Parallax”, scratching on the 4 minute mark, is not only the longest song the band has ever recorded, it might also be amongst their most punishing ones, finishing off the constant blast-beat attacks in its first half with a double-bass laden breakdown reminiscent of the mighty Bolt Thrower.

Armed with a clear vision of what they wanted to achieve IMPLOREagain self-produced “Alienated Despair”, this time trying out new means and a more focused approach: “This album was mainly done by us, with the cooperation of Paul Bacher doing some engineering, Markus (Matzinger, ex guitars - now drums) was the main producer and Johannes our sound-guy cooperated a lot in the mix. We worked at Paul’s Deer in the Headlights Studio in Austria, first time outside of Jan Oberg’s Hidden Planet in Berlin where we did all our previous releases. We had a lot of freedom and it gave us time to think and analyze more, we worked to the detail. The outcome is very pure and honest, straight from the practice room into the studio and out to play shows. We do things from the heart, this is the most organic 100% ourselves you can get.”

If you’re looking for an album that resembles a good old-fashioned bare-knuckle brawl, look no further! “Alienated Despair” offers 11 rounds of no holds barred mayhem delivered in 31 minutes...no bullshit!