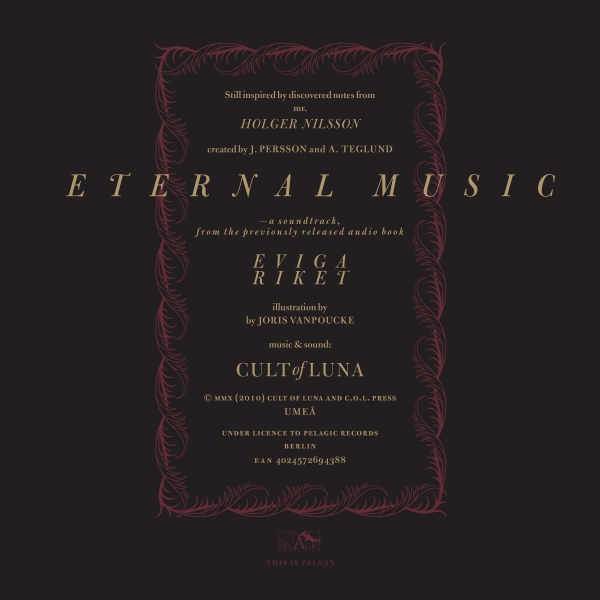 Eternal Music is the music-only part of audio book / DVD Eviga Riket, which was originally released independently by the band in 2010. Eviga Riket continues the story of Holger Nilsson, who lived in the 1920s and who first lost his family and then his mind.

While the DVD that came with the book was oscillating between text readings and music, the vinyl release of Eternal Music is excluding the readings, and emphasizing the music – laden with sadness and melancholy, these rather quiet tunes are closer to soundtrack-music then to the band’s usual sonic realms. While Eviga Riket was without doubt a fascinating experience, listening to the music in one go, without interrupting text readings, is a new and entirely different experience.

The backside of the cover sheet shows a new illustration by Joris Vanpoucke that has not been used in the original audio book.