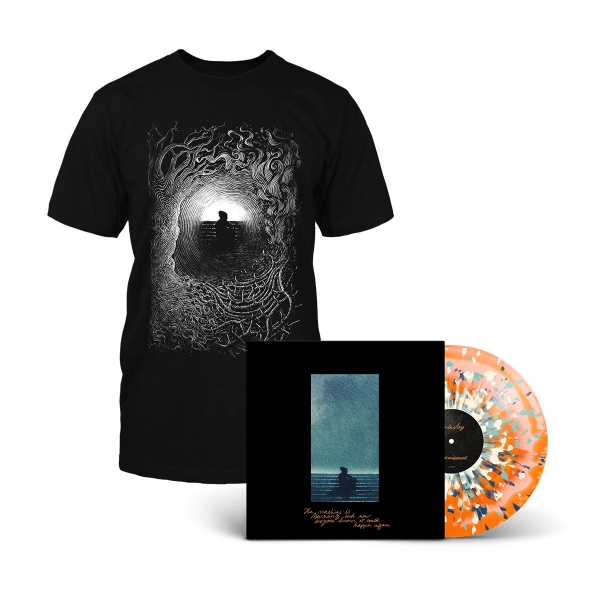 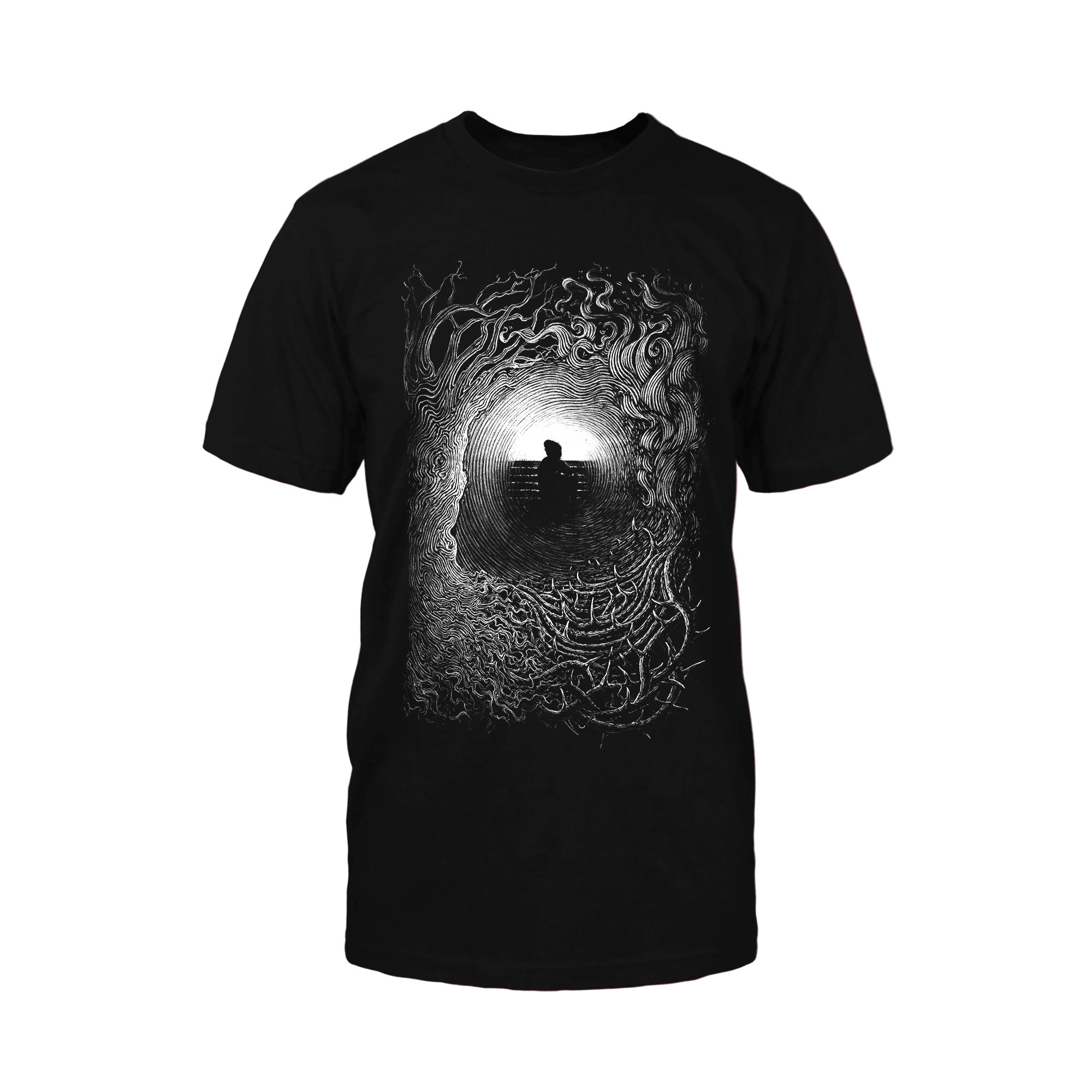 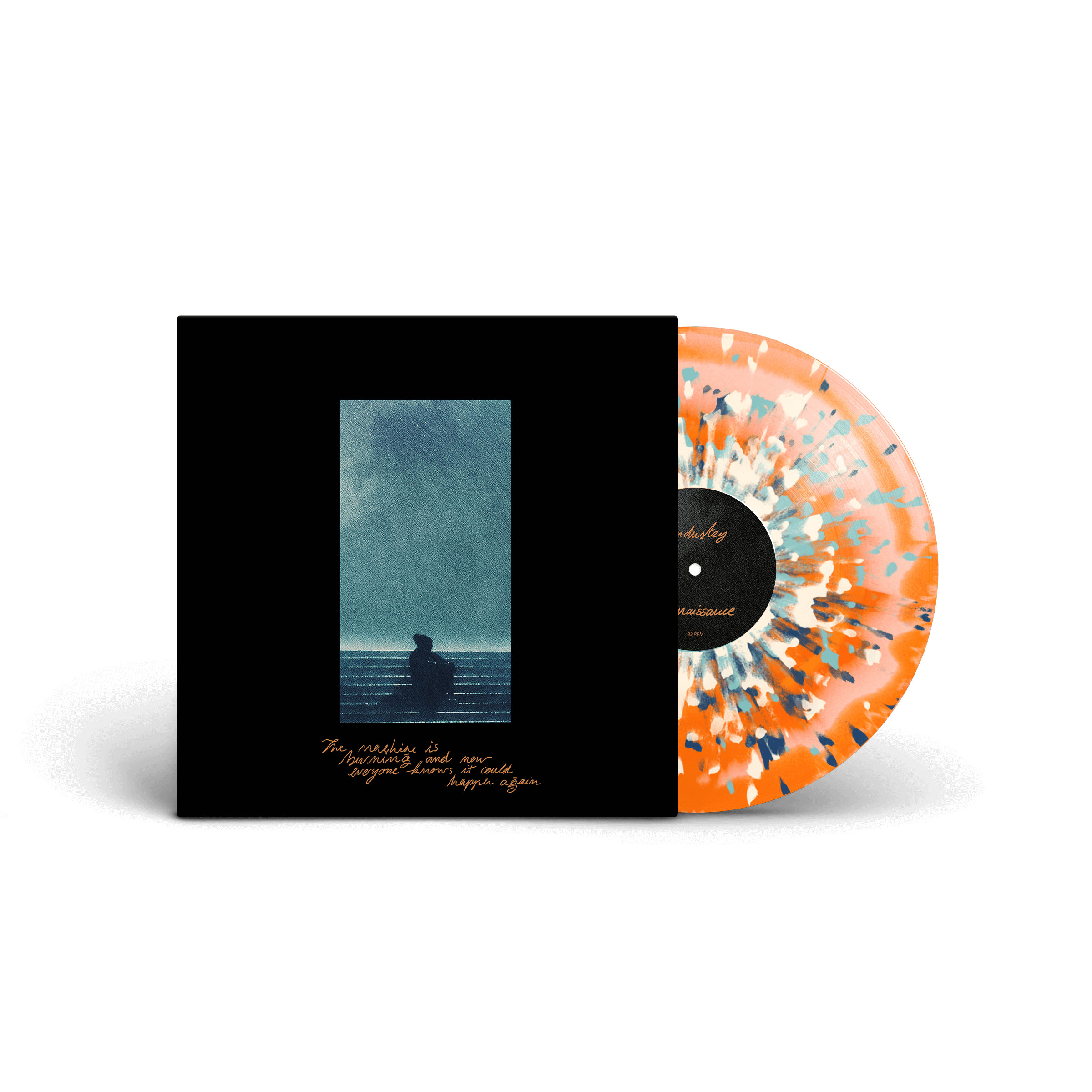 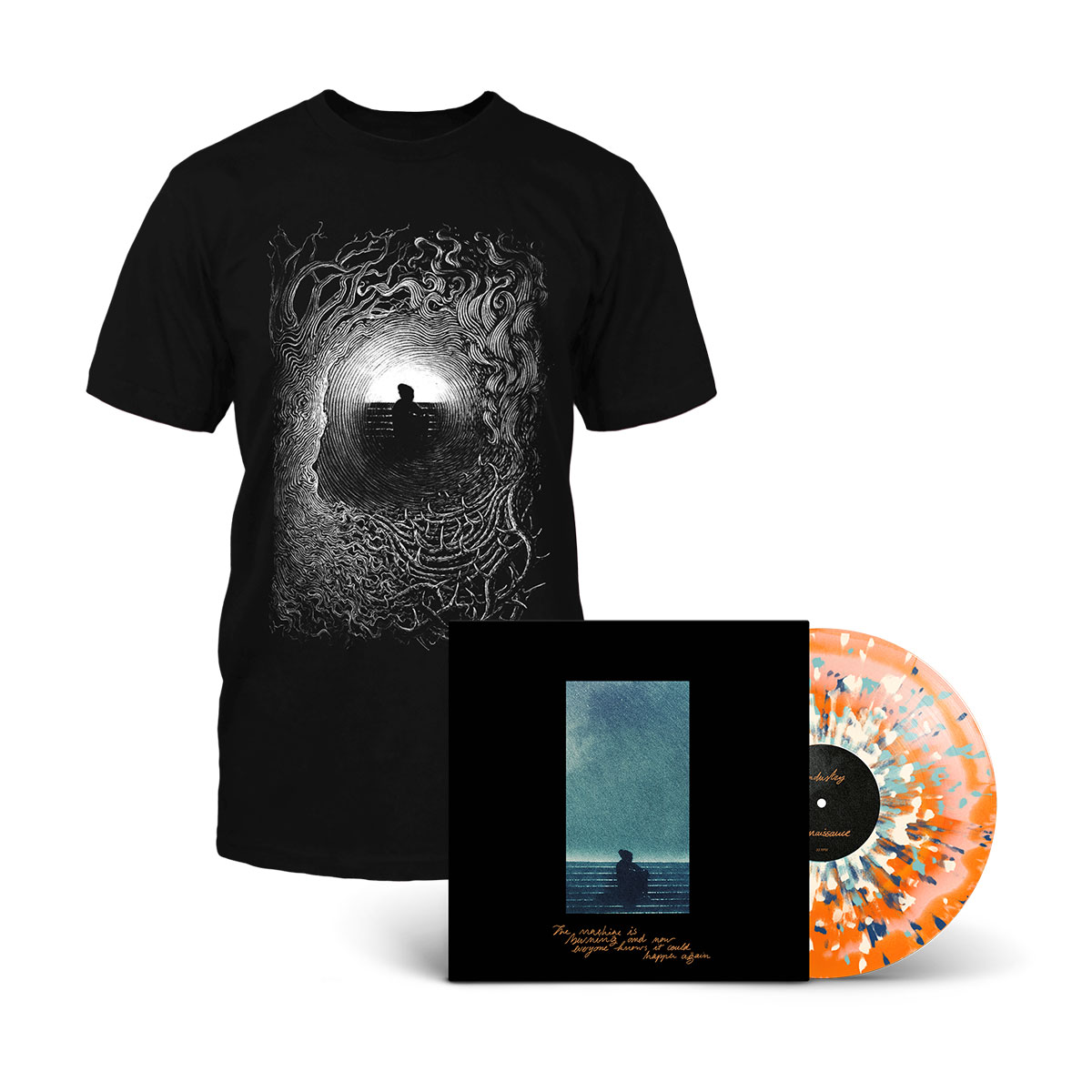 Few groups of artists are destined to bring real innovation into a stagnating scene or to revolutionize a subcultural niche... but every once in a while a band comes along that takes the known ingredients and assembles them in a new way that makes sense – so that listening to their music, you'll fnd yourself wondering: why haven't I heard this before? In 2021, that band was French neo-classical post-rock ensemble BRUIT ≤. Pronounced as \'brü-ē\ [French, literally, noise].

With their stunning debut, French art rockers Bruit have dropped an early contender for album of the year“, PROG exclaimed when the album was digitally released on Bandcamp in April 2021, and Neige from ALCEST found it to be „the best post rock I heard in a really long time“. We couldn’t agree more, but it would curtail this album’s scope, grandeur and vision if it were contextualized solely within the post rock world. It certainly does ft in there — but BRUIT ≤ are more than that, BRUIT ≤ are a class of their own.

Emerging from the ashes of a number of French major label pop bands in 2016, BRUIT ≤ was born from the desire of the members to escape the nauseating world of music big business and to return to a pure process of creation without artistic constraints or commercial expectations. Initially the band performed their creative research and sonic experiments solely in a studio setting, but time has shown that the ensemble's artistic vision could not be limited to the recording environment alone. In the world of BRUIT ≤, spontaneous experimentation, thoughtful composition and the aspect of performing in order to create are different but inevitably inseparable techniques of working on the same fabric: the black magic that is creating music. Artistic Identity comes from reconciling these different techniques and approaches of working on and with that fabric, and to understand this better while listening to this album, it helps to make yourself aware that one half of the musicians is classically trained, while the other half is not and barely knows how to read notes.

The shifting to and fro between theory and practice, between research and performance and between thought and action are ultimately also refections of the band’s fercely activist mindset. The social and environmentalist themes that this record is orbiting around are epitomized in aphoristic spoken word passages from the French far left geneticist Albert Jacquard on the album opener “Industry”, or from the 2011 documentary If a Tree Falls: a Story of the Earth Liberation Front in “Amazing Old Tree”, where the speaker claims that environmentalists are often called 'radical'... 'however, the reality is that 95% of the standing native forest in the United States has been cut down. It's not radical to save the last 5%, what's radical is logging 95%“.

However, the emotive power of The Machine is Burning... stems not from the topical use of quotes, but from the act of creating overwhelming beauty through contrast between beauty and noise. BRUIT ≤ have everything a quintessential post-rock act needs to have, from an excessively long album name to drawn out compositions driven by atmosphere, and from samples of dramatic spoken word recordings to immaculate climaxes led by soaring, delay-soaked guitars. However, for those willing to look past the genre tropes, there are subtle moments where the band effortlessly fows from atmospheric post-metal to free jazz, and from folktronica to neo-classical avant garde improv.

DISTORTED SOUND MAG hit the nail on the head in their 10/10 review of the album:

"'The Machine Is Burning And Now Everyone Knows It Could Happen Again' is a rare example of humanity achieving something above and beyond the norm, surpassing what is surely possible in emphatic style... it imposes no limitations upon itself and spirals into a cacophony of neatly woven musical styles... here is an album that does everything at once, crafted by a band that understand not only how to consolidate frequencies and sounds, but also how to fuse together juxtaposed sounds without leaving any of the stitching exposed. The record is seamless constantly drawing our minds from one direction to another and challenging our understanding of what music is."

BRUIT ≤ can only be fully understood through their attitude rather than their musical infuences, from the environmental agenda to the group's staunch boycot of Spotify because of the platform's notoriously sad payouts for musicians and their CEO Daniel Ek's recent investments in the arms industry... In that, the group is frmly nested in the tradition of political instrumental rock bands like GODSPEED YOU! BLACK EMPEROR, and the tumultuous yet wordless sound of the revolution that they stand for is indeed somehow related to BRUIT ≤'s own musical landscape. However, there are distinct differences between the two: The Machine is Burning...is stylistically more diverse and feels more like a carefully constructed affair with a focus on compositional fnesse rather than the element of improvisation, compared to the Canadian collective's lengthy tunes which slowly gain intensity through repetition and layering. The Machine is Burning... is also a record which despite its bleakness and its moments of immersive sadness somehow always retains a glimmer of hope, leaving the listener with a faint feeling that now everyone knows it CAN happen again. 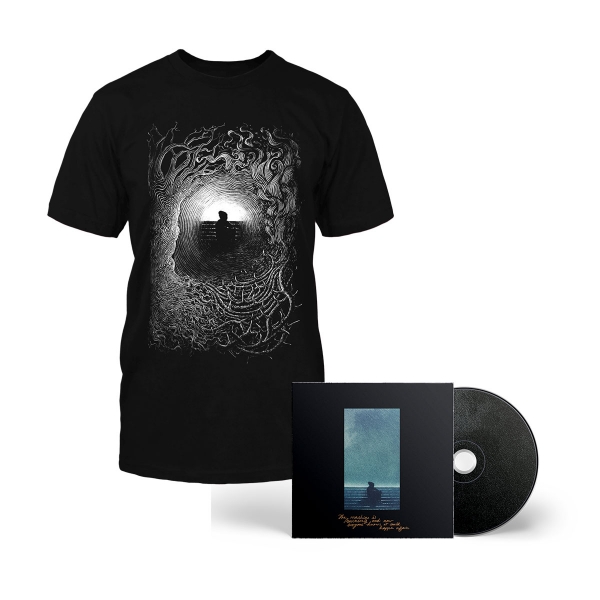 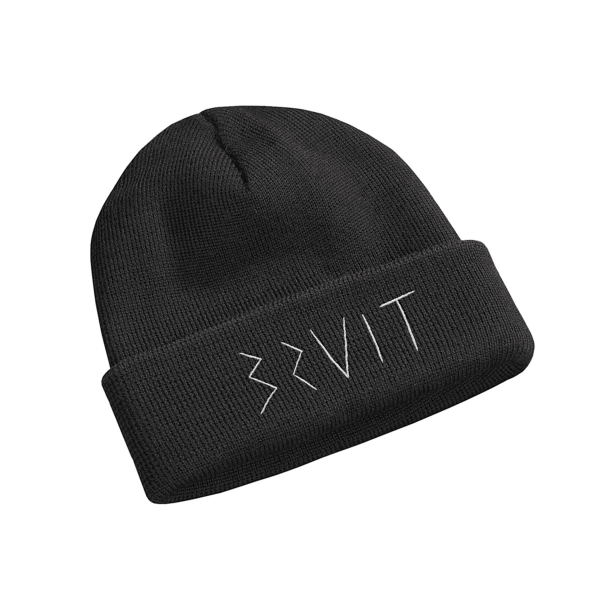 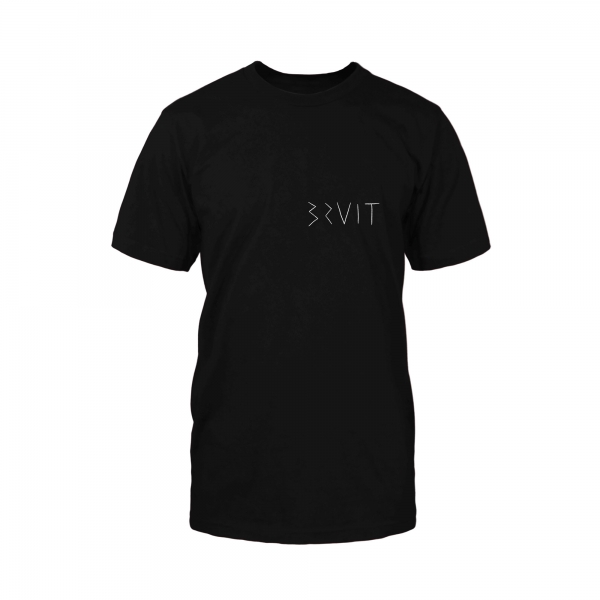 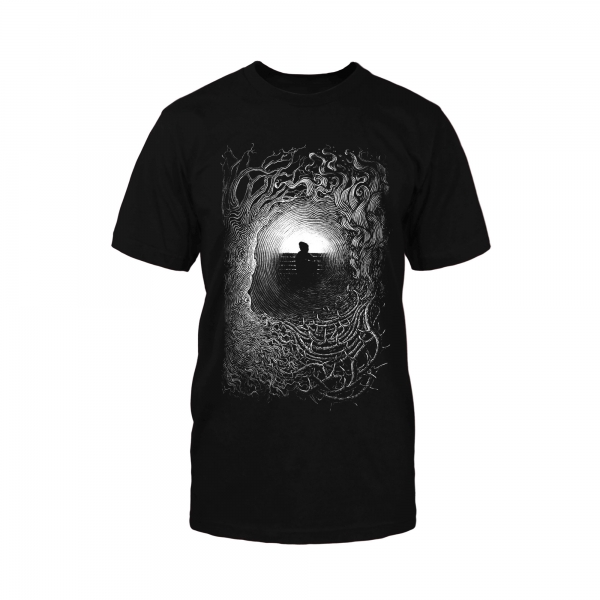